Quintiliano, a native of the region of Abruzzo, Italy departed from the port of Naples on September 21, 1910 and arrived in New York several weeks later, settling in Cleveland, Ohio.   He was a simple man, a lover of music who practiced the flute and worked as a truck driver.  In Cleveland, Quintiliano officially change his name to Quinto in his petition for immigration.  After having met Anna, the love of his life, they married and several years later, she gave birth to a son whom they named Enrico.
Eventually the couple left Cleveland, Ohio for Aliquippa, Pennsylvania where Quinto supported his family while employed as a steel worker.  He continued to play the flute and spent much time tutoring his son, determined that the boy would not grow up to be a factory worker, but a teacher.  Although the boy was a fast learner, Quinto had to force him to practice, but together the father and son team played in the Aliquippa Italian Immigrant band of “Sons of Italy” and they were very good. 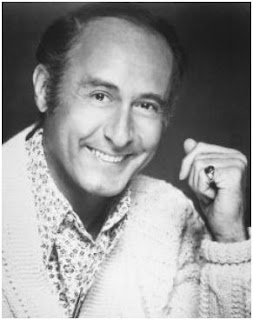 Quinto spent much time with the boy, often reminding him of what his calling in life should be, but Enrico harbored his own thoughts and desires.  Enrico, who was often called by his American name Henry, loved and respected his father, but something was about to take place which would change his life forever. One day, as he sat with his father in a darkened neighborhood movie theatre, “The Crusades,” directed by Cecile B. DeMille, flashed across the silver screen.  The boy was absolutely astounded by the spectacle before him.  Inspired by the music of Rudolph Kopp, which accompanied the film, he knew at that very moment, that he would not be a teacher but a composer of music for the film industry. This young boy was determined to match the size of his dreams and as far as being a teacher was concerned, the world, through his music, would learn name of Henry Mancini.
Henry now studied music without having to be told and mastered many different instruments.  After high school, he was accepted by the prestigious Julliard School of Music in New York City, throwing himself into all aspects of music.  However, his stay at Julliard was not to last more than a year.  In 1943 the war was in full swing and Henry responded to the greetings of the draft board, eventually taking his place within the ranks of the infantry.  In 1945 their push of the Nazi Army led them to the liberation of a German concentration camp where Henry had witnessed, first hand, the horrors of man’s inhumanity to his fellow human beings.
After the war, he was offered a two week job at Universal-International Studios but remained for six years.  For a number of years he took jobs wherever and whenever he could find them, but his big break came in 1958, when producer Blake Edwards asked Mancini to write a musical score for a new TV show called “Peter Gunn.”  It was that compelling sound that signaled the start of a career spanning forty years of composition for film and television, composing music for such landmarks as “Breakfast at Tiffany’s, Days of Wine and Roses and the Pink Panther movies, to name just a few.  The young man who played music with his father in the Sons of Italy band managed to record ninety albums achieving seven gold records.  As a maestro, Mancini conducted over fifty engagements per year, resulting in over six hundred symphony performances with the Royal Philharmonic, Israel Philharmonic, Los Angeles Philharmonic, Boston Pops and the London Symphony Orchestra. He composed music for nearly two hundred and fifty films and television shows.  The composer who once went out looking for work now accepted only one out of every ten offers he received to compose film scores.
There are many in the field of entertainment who might aspire to achieve at least one Academy Award in their lifetime or perhaps a Grammy or Emmy, but the man who managed to win four Academy Awards, twenty Grammys and two Emmys did so while teaching the world the name  of Henry Mancini.

[Image from Wikipedia at this link]
Posted by Salvatore DiVita
Email ThisBlogThis!Share to TwitterShare to FacebookShare to Pinterest
Labels: History, Italian-Americans